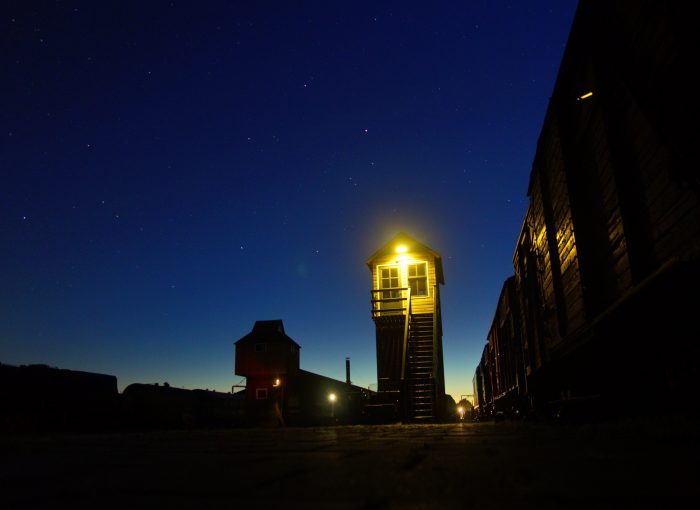 Drenthe and Groningen in 2 days

On a weekend in May, we took to the Province of Drenthe and Groningen with our bicycles. Starting from the railway station in Emmen we followed the regional cycling network to the town of Stadskanaal. On the second day we went all the way up to Bad Nieuweschans.

Leaving the outskirts of Emmen behind us, we made our first stop at the village Valthe and were delighted to find delicious cakes and coffee at Kuipers Bakery. In Valthe we also found the remains of an old railway line, which once connected the villages in the region. We moved on along the edge of the forested Hondsrug hill range, with a remarkable view on the low lying valley towards the East.

We were not far to see dolmens along the trail; prehistoric tombstones built by the Funnel-beaker people and the most significant historic landmarks to be found in Drenthe. After Exloo, we reached the low land; large agricultural plots, crossed by small rivers and canals, once used to transport peat and other products. The valley of the River Hunze hosts LOFAR or: the largest telescope of the World. At the same time the valley is an equally important habitat for dozens of flowers, insects and birds.

Spend your night in a romantic but spartan old train wagon and wake up with the sound of an impressive stone coal powered steam train.

By the end of the day – after almost 40 cycling kilometres – we reached Stadskanaal, a place that was once an important trade hub along one of the main canals. The old railway is one of the few things that remains of those days. The railway is still in use by the STAR museum, preserving the regional railway heritage. We spent the night in a romantic but spartan old train wagon, near the replica of the old train station. If you are lucky you wake up with the sound of impressive stone coal powered steam trains passing by.

The next day we cycle to one of the country’s Northern Provinces, Groningen. But not after checking out an illustrative example of the history of water management in the Netherlands: the small River Ruiten Aa, which was once canalised, because people believed this would prevent flooding. The truth was a bit different.

To withstand droughts and floods, rivers are now restored to its original appearance, acting as regional climate buffers.

In recent years the small river has been restored to its natural appearance, aiming for a more robust and natural water system. The restored river is able to withstand droughts and floods more easily. The complete valley acts as a climate buffer for the regional water system, including benefits for flora, fauna, as well as hikers and cyclists visiting this beautiful area. A 3.5 km hiking trail shows all the highlights of the restored river valley. Park your bike at Gasterij Natuurlijk Smeerling.

Part of the trail follows the Ruiten Aa River valley downstream. Our final destination is Bad Nieuweschans, located in the north-east of the country, just a few kilometres off the border with Germany. Built in 1628 during the Eighty Years’ War, this was once a fortified city. Now, the town feels like a small village, with a population of only 1.510 people. Before getting to the train station, enjoy fish & chips at the small canteen Plaza Food in the middle of the old town.