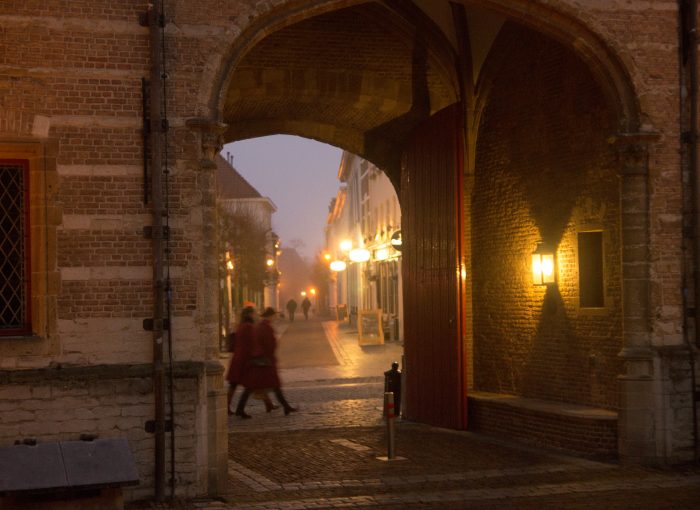 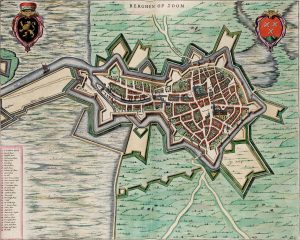 The city of Bergen op Zoom has a long history of defending itself against the enemy. The fortifications of Bergen op Zoom remind us of these days. Starting with the Spanish in the late 16th century, the French in the 17th century, and finally the British folks in the 18th century, the city has seen many battles. The longest siege recorded took seventy days and ended with complete looting of the city by the French troops. The city sits on a strategic location where two soil types meet: sandy soil and marine clay. Surrounded by marshes and low lying polders, which could be inundated easily, the city was a remarkable natural defensive site throughout the centuries. Via its sea port the city could receive reinforcements and supplies by vessels. This way, Bergen op Zoom became one of the most important southern cities of the Dutch Republic. 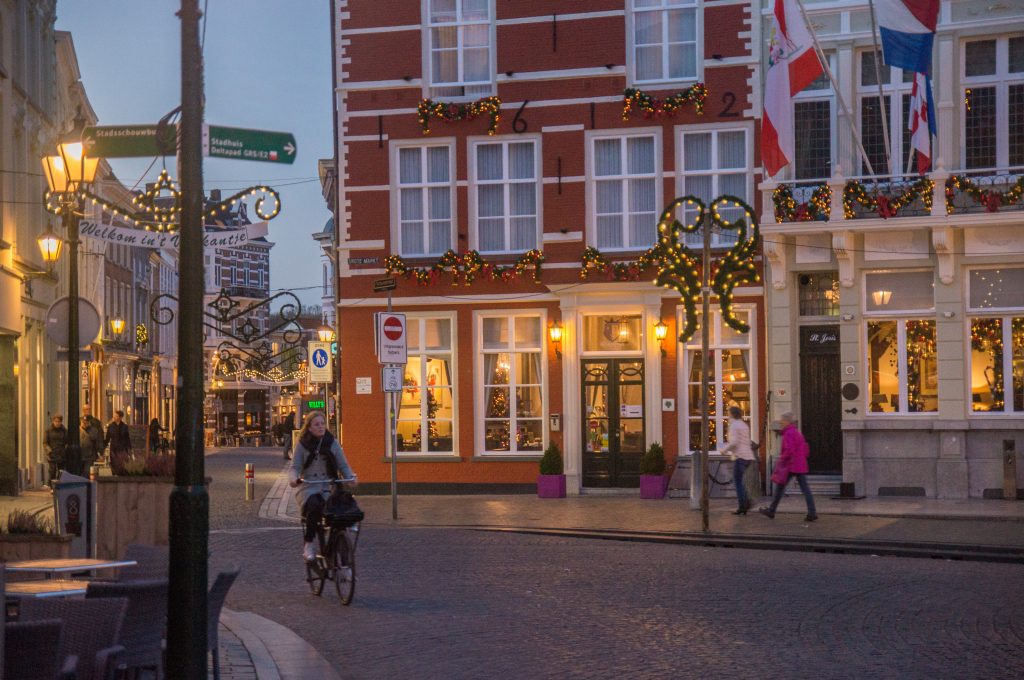 To learn about the interesting city and its historical facts, we found it worth to visit the old city palace Markiezenhof, located just a stone’s throw away of the main square (Grote Markt). Besides its interesting exterior (dating back to 1485), the palace holds some very interesting exhibitions including the original decorated palace rooms and  stories about the French Siege. With the stories captured in the museum and the original city walls and fortifications within the city centre, it is easy to imagine what it was like to live within the walls of this fortified Southern town. The attic of the museum houses a miniature carousel and 16th-century fun fair, entertaining for kids and adults alike! 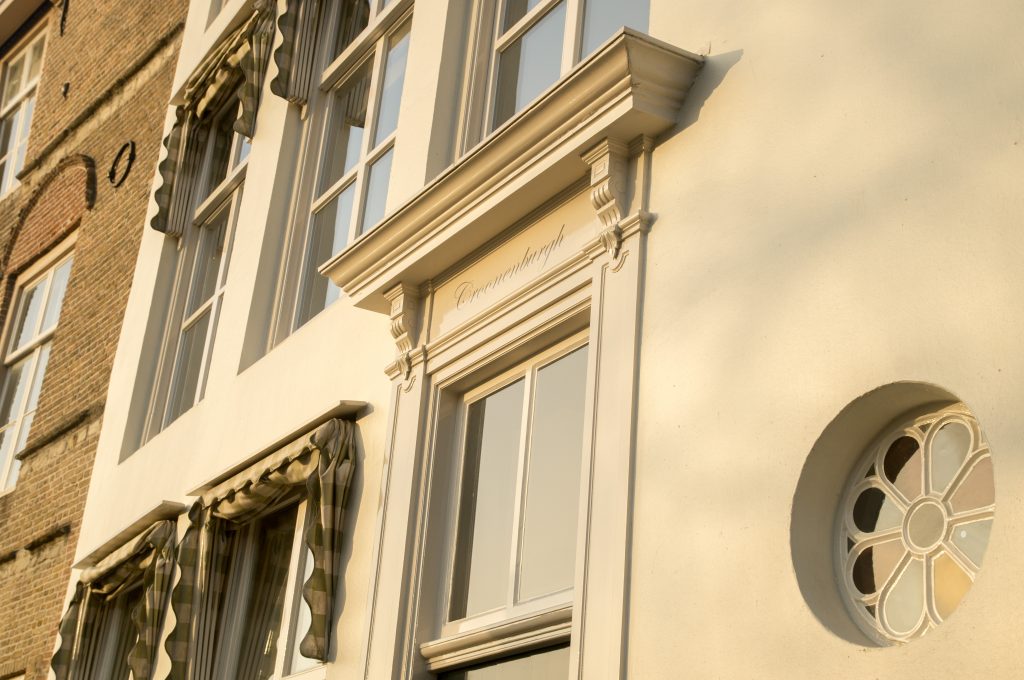 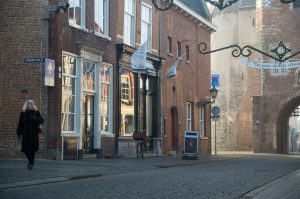 We visited Bergen op Zoom during Christmas holidays. This time of the year, there was an ice skating ring on the main square in front of the town’s oldest church of Sint-Getrudis. If you are lucky, the narrow cobble streets of the town will be covered with fresh snow. In Bergen of Zoom there are plenty activities to do, even on a winter day. After a city walk inside the town walls, you can warm up with a cup of coffee at Helenes Kitchen, situated above the local bookshop, serving the best carrot cake in town. Or: drink a regional beer at cafe De Fabriek. Ask for beer from the local Brewery Scheldepils. Outside town, delightful outdoor activities await you. In winter time, this would be our top three:

1. Trail running on the Brabantse Wal: The Brabantse Wal is part of National Park ‘Grenspark de Zoom Kalmthoutse Heide’, which is partly on Dutch and partly on Belgium territory. It’s not the absolute altitude that gives the mountains in the Brabantse Wal landscape their name. But, the difference in elevation between the low lying polder in the west and the forested river dunes in the east is rather obvious. The Wal for sure invites trail runners to enjoy the diverse and relatively undiscovered routes.

2. View on Lake Markiezaat at de Kraaijenberg: you can easily reach the visitor centre by city bike. The centre itself is not open during winter, but the watch tower is. The view from the tower on a clear day is incredible. To the north, you see Bergen op Zoom’s Sint-Getrudis church, to the south, you are looking in the direction of Belgium and the port of Antwerp. Take the short trail to the Kraaijenberg bird observation hut, not far from the tower. Lake Markiezaat is an artificial lake which used to be part of the Scheldt estuary influenced by the North Sea’s tidal conditions. In 1984, the area was disconnected from the Scheldt estuary, and the new lake was created. Today, the water is no longer saline (brackish at most) but the narrow meandering creeks formed by ebb and flow are still visible at the shores of the lake. Lake Markiezaat is the third largest wetland of the Netherlands, after the Waddensea and Lake IJsselmeer, and attracts 100.000 of migrating birds each year.

3. Fortress de Roovere with Moses bridge: an interesting one hour walk from the main square to this fortress North of the city centre, brings you to the contours of the old Fortress de Roovere. This fortress was part of the network of fortifications in Brabant, protecting Holland. In 2010, the foundation of the fortress has been re-established and the contours are now easily distinguished. The old moats have been filled with water and a bridge provides access to the fortress. Architects choose not the disturb the original view of the moat and designed an invisible bridge by partially submerging it. Hence, the wooden bridge has been dubbed the Moses Bridge, as it seems to divide the moat’s water. A new eye catcher, the 25 m high Pompejus tower has been opened at the fortress recently. The small Schaft cafe sits in the centre of the fortress and provides a peaceful stopover for coffee or lunch.