The city of Maastricht is known as the most un-Dutch city of the Netherlands. Maastricht is also the capital of the Province of Limburg, capital of the South. Maastricht has, like other typical Dutch medieval towns, narrow streets, small pubs and nicely decorated mansions. But Maastricht and surrounding villages have things to offer you don’t see elsewhere in the Netherlands: fast flowing rivers, steep streets and wine terraces, all randomly situated in between or on top of the hills of the Maas river valley.

This hike takes you to two ancient water mills that until today are still functioning. One of them has already been in place for 900 years and is situated in downtown Maastricht. The other is located in a more or less rural scenery, just outside the city. But hey, if you don’t like this technical stuff, there is plenty of other things to see along this hike: views on Belgium, quiet muddy sunken roads and Dutch pubs serving high quality Belgian beers. 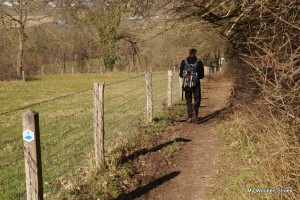 It’s pretty easy to combine the hike with a visit to downtown Maastricht including the ‘standard’ tourist attractions, such as the Vrijthof, the Market or one of the museums. Don’t forget to visit the bookshop situated in an old church and to order a beer in the smallest pub of the Netherlands: Café In de Moriaan. For everything you want to know please also visit the tourist information, which is situated in one tiny, very nice nine-storey medieval building called the Dinghuis (1470).

For centuries people in this area used the power of water to get things done: grinding grains and oilseeds, making paper, ceramic crushing, drill grinders and sawing wood: the water mills in this area were of incredible interest to the people. At some point about 90 water mills were in operation, all situated along the small river Jeker. Part of our hike will join this river. 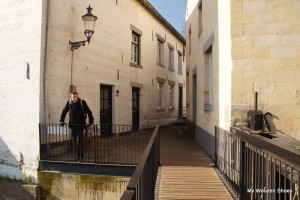 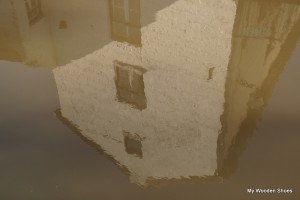 The Jeker is about 50 km long and has its source in Belgium at Lens-Saint-Servais (near Waremme) where the name ‘Geer’ is used. Of these 50 km only the last 5 km pass through the Netherlands. At Maastricht the river flows into the Meuse. Strategically the Jeker was of an important feature for the city in the Roman time. The river water was used to inundate areas around the city to make it less easy to besiege the city. 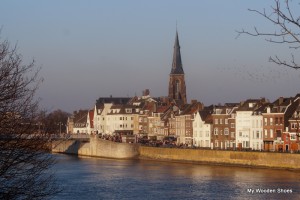 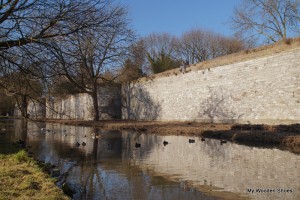 The hike officially starts at the railway station of Maastricht, but you can pick up the trail at any location downtown (at the western side of the river Maas). If you walk straight from the railway station the whole hike is about 14 km. Alternatively, you can skip the most southern part of the hike to make a loop of 9 km. To shortcut the main route you go down to the right into the valley directly at a big signpost which stands next to a stone with a wooden shoe on it :). All the highlights of the route are described in Wikiloc. 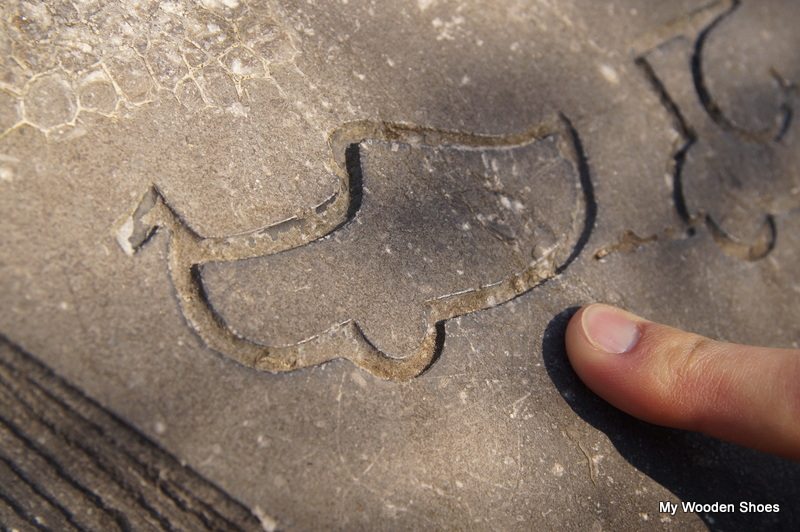