In the very south of the Netherlands, where the low lands end and the hills begin, there was once a thriving coal mining business. The thirteen mines operating between the late 1800s and the 1970s were invaluable to the Dutch economy. Many mine workers, in search of work and prosperity, gave their lives in their efforts to dig up nearly 570 million tonnes of coal. The city of Heerlen, the coal mining capital, became one of the richest cities of the country.

“A state that does not know to use its natural resources of wealth, proves it is not worthy of them.” – Delegate from Venlo in his speech to the Parliament in 1897, signifying the start of the coal exploitation by the state.

The coal industry did not only bring forth economic wealth, but also had a great impact socially and culturally. Heerlen grew from 6,000 inhabitants in 1900 to 50,000 in 1930. Large neighbourhoods (named ‘colonies’) were constructed by the state mines to house the workers coming from all over the Netherlands and other countries. Churches, unions and gardens dominated their lives outside the mines.

In 1974 the Oranje-Nassau Mine was the last mine to close its shafts – the consequence of a political decision with enormous implications for the region. The mine workers became jobless and had to find different means of income to support their families. Supporting industries of the mining sector closed down or moved away. Some of the colonies were demolished, as well as most of the mine shafts.

“They didn’t close the mines, they closed the region.” – Volunteer at the Dutch Mine Museum and former mine worker.

Nevertheless, fifty years later, the traces of the coal industry are still very visible: an invitation to come and spend a day or two in Heerlen and explore the city and its surroundings. Combine a cycling tour through the various neighbourhoods with a visit to the Dutch Mine Museum, located inside a remaining shaft of the Oranje-Nassau I Mine. The next day, go for a hike near Herzogenrath, just across the border in Germany (15 minutes by train from Heerlen) and discover more remnants of the mining industry in the charming natural landscape of the river Wurm valley.

If you’re short of time, definitely choose a visit to the museum. It is situated right behind the Heerlen railway station. You will miss the typical French architecture of the former mine colonies along the cycling trail, but you will hear the vivid stories of the volunteer guides and former mine workers. The museum showcases a wealth of objects and tools that were used underground and around the mines complemented with photographs.

In 2015, Heerlen and other towns in the area celebrated the Year of the Mines, in remembrance of the difficult period that followed the closure of the mines but also the progress that has been made since. The towns organized several activities to keep the mining history alive and to look at the future of the region. 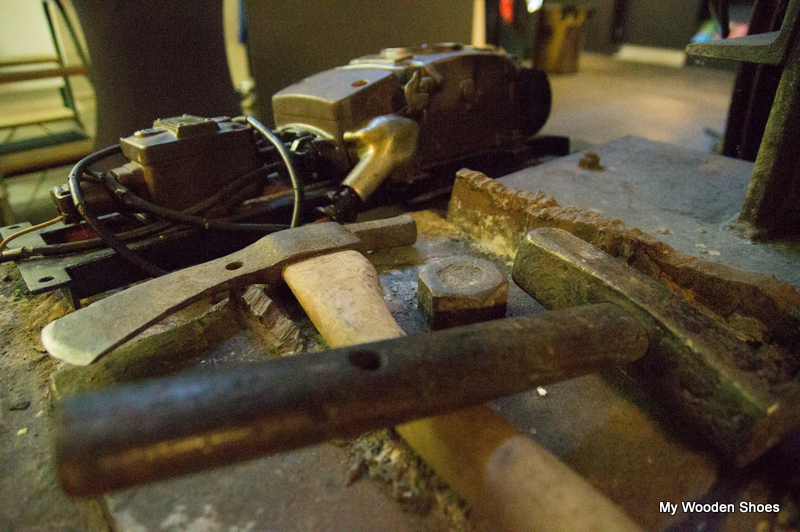