The Netherlands is situated at the mouth of four large European rivers and numerous small ones, which connect us with our neighbouring countries. We decided to go on a cycling holiday, following the course of the river Vecht crossing the border to Germany. Our starting point was near Zwolle where the Vecht empties into the Zwarte Water. From there we cycled to the river’s spring in Darfeld (Germany).

The Vecht valley route (numbered LF16) is a marked long-distance cycling route of 230 km, crossing a varied landscape in two countries. We determined our daily distances between 40-60 km depending on the locations of campsites along or near the route. In six stages we reached our destination, allowing plenty of time for sightseeing along the way: 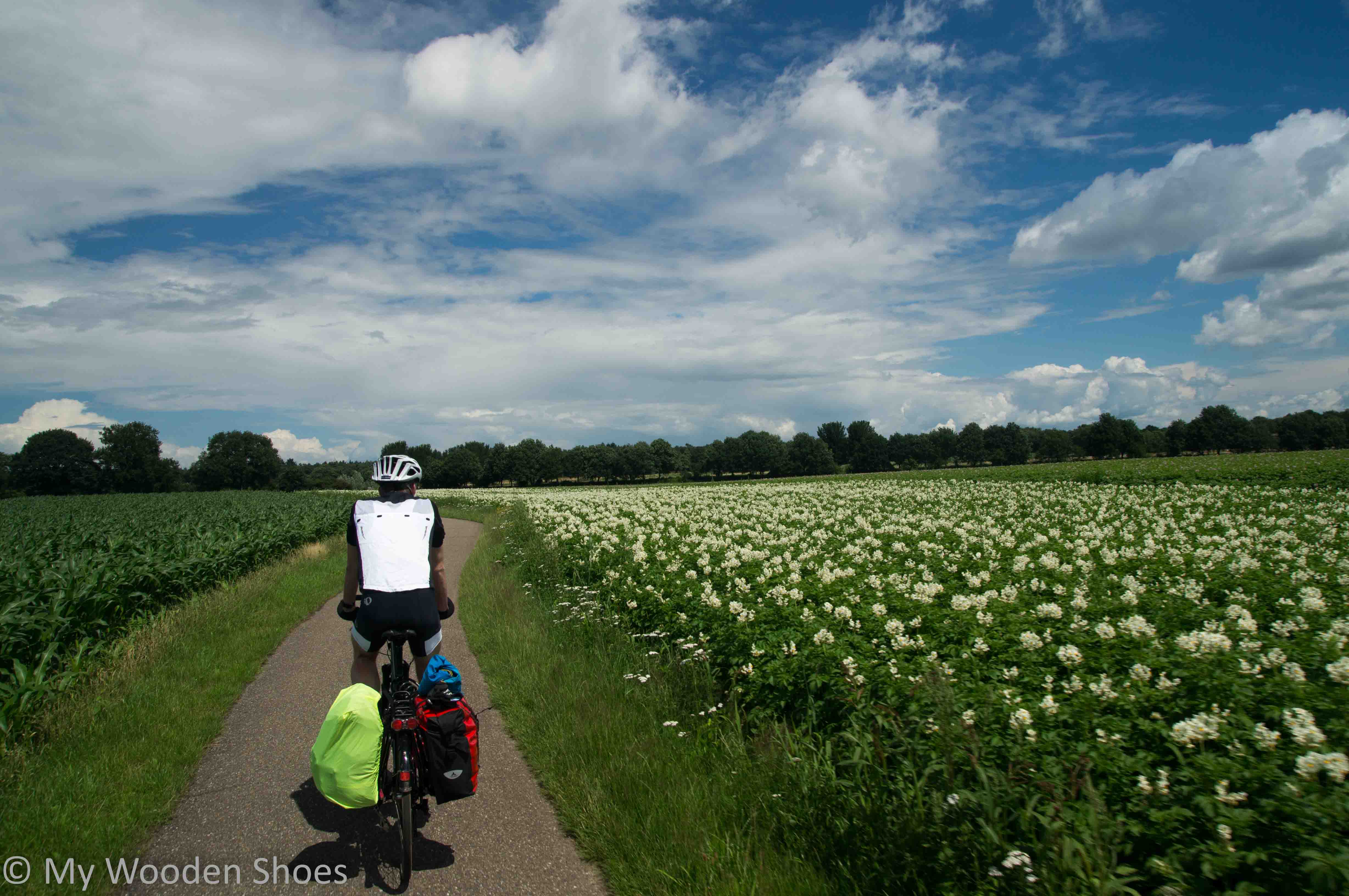 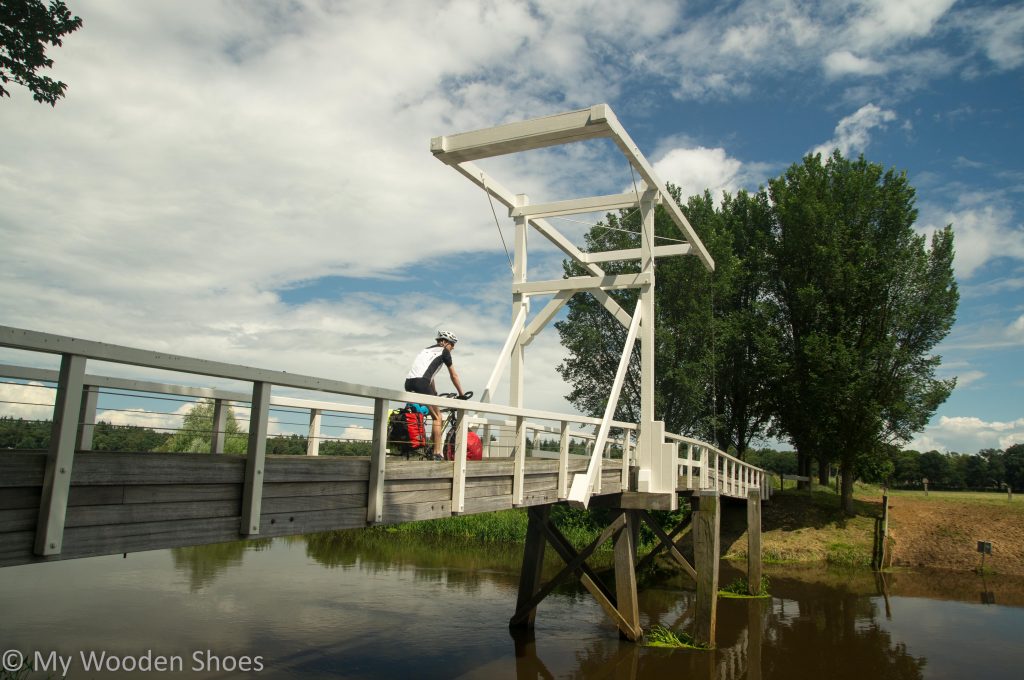 Already at our first stopover in Vilsteren, a tiny hamlet belonging to the similarly named estate, we ended up at a local village festivity, at which we received numerous beers from locals who immediately identified us as strangers. We were the last guests to leave the party. A good start of the week. The next day we continued along the river, up and down the high embankments created by the water boards to protect the region from flooding. Very little natural scenery but plenty of black and white cows and ice cream shops to give us the feel of vacation in the Netherlands.

Slightly past the town of Hardenberg, at the village of Gramsbergen, we visited the Vecht Valley Historic Information Center which provided a peek into the history of the region including many photos of historic floods. As soon as we crossed the border with Germany at Laar we immediately lost track. Thanks to a wrong turn we ended up at a tiny refuge on the banks of a river side arm, just as it started raining. Later we discovered plenty of these refuges along the route in Germany and gratefully made use of them. After we got used to the slightly different signage of the route, we joyfully continued our journey.

The German part of the route offers sloping terrain, picturesque villages with cobblestone town squares, grand farmsteads, tiny chapels, and half-timbered houses. Several old water mills standing jobless on the riverbanks provided for welcome photo breaks. Between Neuenhaus and Nordhorn we undertook a little detour to the village of Lage, for a quick look at the tree-lined lane with old farmhouses and the scenic water mill. Near Schöppingen, the Vecht river meanders through a protected small forested reserve.

Steadily we approached our destination. The first milestone consisted of a marked site, just east of the village of Eggerode, where the Burloer Brook and Rockeler Brook join forces to continue downstream as the river Vecht. Some consider this site to be the source of the river. It is however not the finish of the route. Some 10 kilometers south we reached Darfeld and cycled straight to the river’s spring: a water well in a narrow creek. This site marked the ending of the Vecht valley route. The water looked clean and clear, and according to Arnoud, was perfectly fine to drink straight from the creek!